In 1996 De La Soul released Stakes is High. The album contains a running theme of concern for the state of hip-hop. In various skits throughout the album, members of the group fret over the decline of industry integrity, as the genre intensified its flirtation with gangster culture. The album feels like a fitting soundtrack to this election.

In 2016 America played its own high-stakes game, electing a president who, throughout the course of his campaign, displayed an alarming illiteracy of or indifference to the United States’ Constitution. Perhaps more unsettling than his ignorance, he often demonstrated a predilection for authoritarian governance, at various times idolizing Saddam Hussein and Vladimir Putin.

How did we get here? It didn’t happen over night. During times of war American presidents have sought—and often obtained—powers that far exceed the intended scope of the office. Foreign (and at times domestic) threats have been used to justify a litany of unilateral actions and circumvent civil liberties since the First World War. The creeping expanse of Executive power is a feature of a nation inured to a perpetual state of war.

The last two presidents were no exception to this pattern. President Bush secretly authorized the National Security Agency to spy on Americans and issued hundreds of signing statements and executive orders, further compromising the balance of checks and balances between the branches of government.

Partisanship contributed to this phenomenon. Instead of taking principled stands against overreach at all times, members of Congress and the American people have preferred to do so only when it meant thwarting the other team. That cheapens what should be a shared concern of imbalanced government.

In a few months we will have to contend with a President Trump who, as of yet, seems unable to demonstrate a hint of restraint. It’s hard to image that he will adhere to a parochial interpretation of the presidency, especially armed with decades of precedent that suggests there’s really no need to do so.

Democrats and Republicans in office should take every step to right the wrongs of the past and contain the power of the president. Citizens, for their part, must come to regard presidential overreach as the danger it really is or risk a further slide toward tyranny. We must all remember that while authoritarianism may be sweet when your side is winning, it can quickly turn bitter. The stakes, as they say, are high. 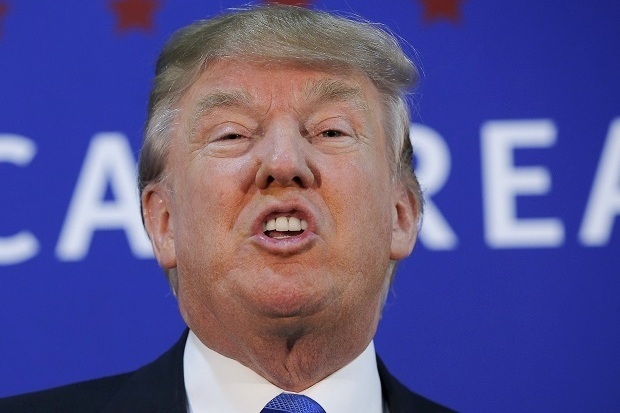 We’re coming off one hell of a Friday. Released material of both the Democratic and Republican nominees confirms the fears of their respective less-than-fervent supporters: namely that Clinton is an opportunistic liar and that Trump exhibits a moral deficiency that should and will render him unelectable.

A third, fourth, or fifth voice in tomorrow’s debate would be pretty nice right about now.

Unfortunately for We the People, that’s not really up to us. The decision falls solely within the purview of the Commission on Presidential Debates: a non-profit run by the Democratic and Republican parties–because why not? The CPD sets a threshold of 15% that a prospective candidate must reach in 5 national polls, which are conducted in part by some heavily partisan organizations and may not include third party candidates’ names at all.

Somehow, in the same country where we have more types of shoes and deodorant than Bernie Sanders can shake a stick at, we’re left with a binary choice (in practical terms) when it comes to electing a national leader.

For those of us who equate choice with wealth, it’s no shock that severe barriers to entry have left us politically poorer than we should be. Most Americans, after all, are not members of either major party and probably hold an eclectic set of views. Neither candidate is viewed favorably by the public.

But alas, this is life under political duopoly where the players are also the referees. It’s understandable that the two major parties wouldn’t be excited about the prospect of ceding some of their influence. What’s less understandable is the willingness of American “intelligentsia” to play along.

The New York Times has gone into full attack mode to dissuade voters from seeking alternative presidential options. From the opinion section, Paul Krugman and Charles Blow submit missives that malign voters whose opinions diverge from their own (infuriatingly, Krugman’s column, entitled “Vote as if It Matters”, tells voters that “nobody cares” if they use their votes in protest).

Less forgivably, writing in the Politics section can be found using discredited scare tactics to frighten voters away from making their own choices:

And, in what is one of the most difficult barriers for Mrs. Clinton to break through, young people often display little understanding of how a protest vote for a third-party candidate, or not voting at all, can alter the outcome of a close election.

The vast majority of millennials were not old enough to vote in 2000, when Ralph Nader ran as the Green Party nominee and, with the strong backing of young voters, helped cost Vice President Al Gore the presidency.

Hypothesis easily turns to axiom in a feedback loop. Instead of looking inward (300,000 registered Democrats voted for Bush in Florida in 2000), partisans choose to punch down at political minorities (Nader had 90,000 votes in Florida, only 24,000 of which were from registered Democrats) because that absolves them of the responsibility to produce better candidates.

Like any cartel, the political establishment excels at serving itself while being unresponsive to clients (voters). As long as the electorate is willing to swallow the idea that they must choose between the options laid out for them by Democrats and Republicans, that isn’t going to change. The truth is we do have a choice; it’s just a matter of exercising it.